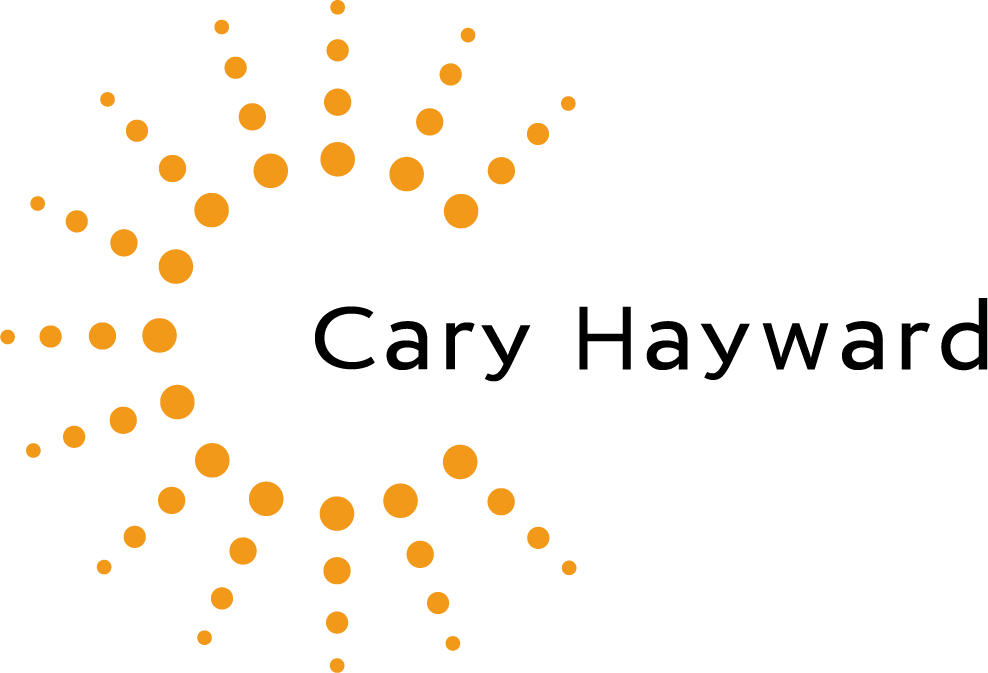 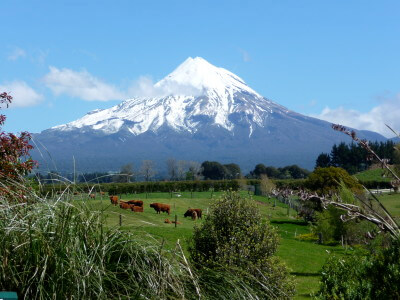 I was born and raised in Taranaki on a dairy farm. I was the eldest of 3 children and we lived on the farm with our grandparents living next door. There was another house on the farm and sometimes other family members lived there too, so it was very much like an extended family living situation.

I was surrounded by the physical beauty of the land, with the mountain always there as a reference point. My early life involved a practical hands-on approach to getting things done, and doing a fair amount of physical work. A farm is a great place for a child to grow up, and I had lots of memorable childhood experiences in nature and being with animals. For many years my horse was my close companion and I spent many hours in the saddle roaming the countryside or preparing to compete in horse events. 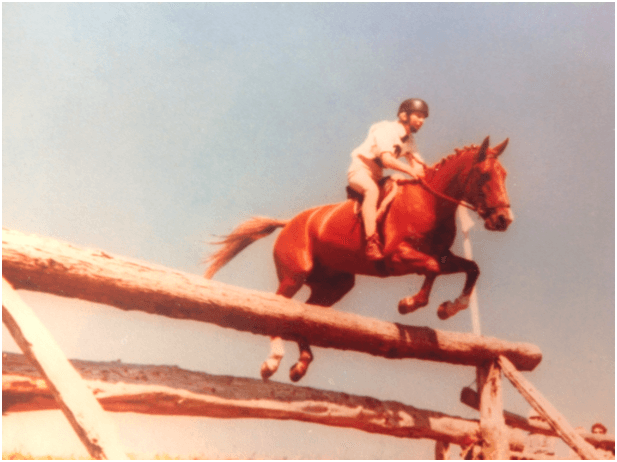 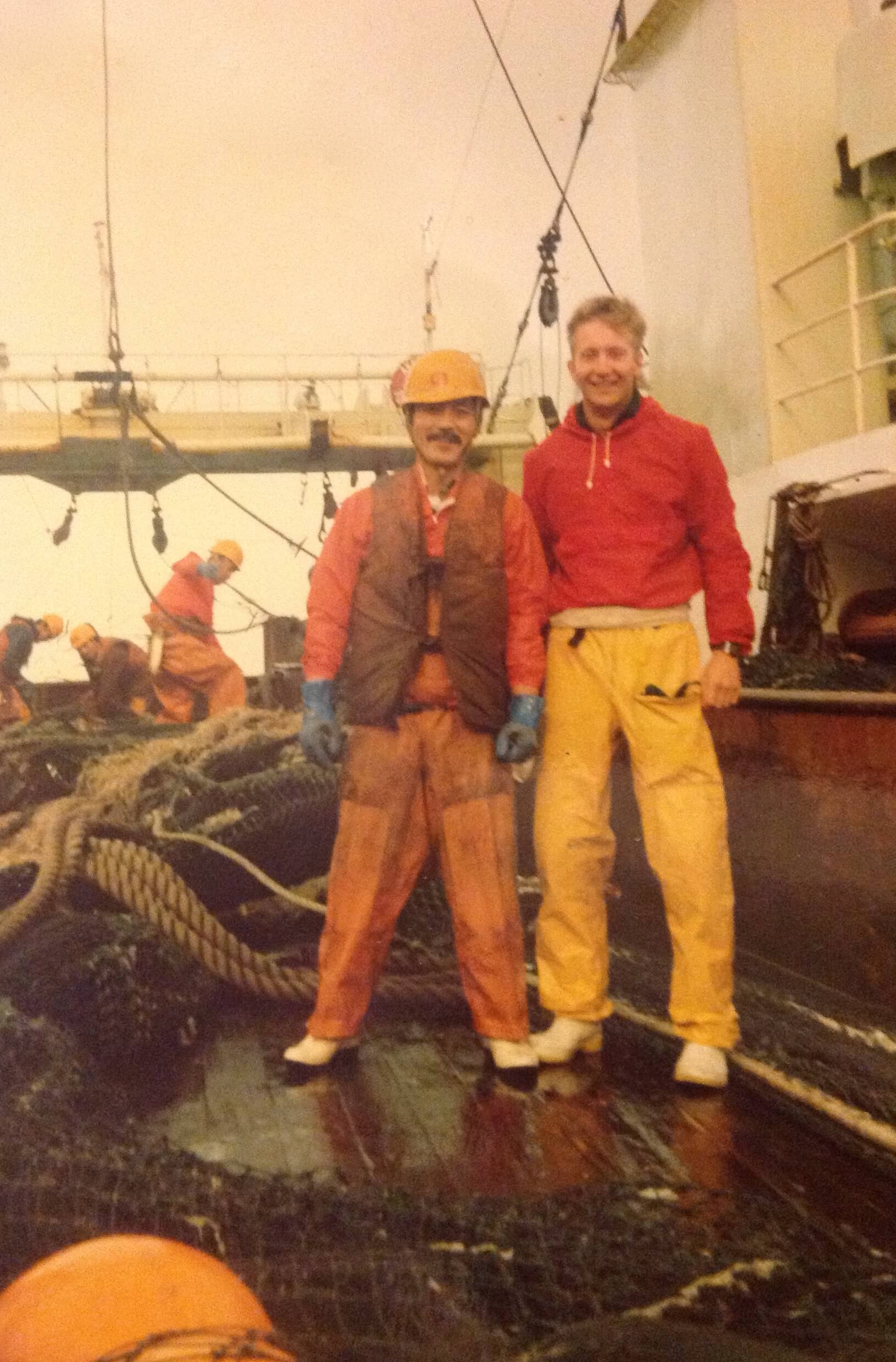 I came to Wellington to go to university and completed a degree in psychology in 1986. Wanting a break from study and some adventure I started working on foreign fishing boats as a Scientific Observer for the Ministry of Agriculture and Fisheries. This was an exciting year where I would go out on trips to the wild and cold sub-Antarctic southern oceans aboard Russian and Japanese vessels. Each trip took about 6 weeks. Beside getting along in a foreign culture and challenging environment these adventures took me away from the everyday and gave me time to read and think. I realized that I wanted to do work that built relationships and community. I came back to Wellington and explored different therapeutic modalities and community building approaches, and after doing some training workshops decided to complete a professional qualification in psychotherapy. I did a lot of training in psychodrama and transactional analysis at this time.

In 1993 I started working as a therapist in the Mental Health Unit at Masterton Hospital, where I provided individual and group therapy. I also worked in the Psychiatric Crisis Service, and became one of a few therapists in the country to qualify as a Duly Authorized Officer under the Mental Health Act. The crisis work frequently involved being called out in the middle of the night to attend to a client who was in distress, feeling suicidal or having some sort of psychological breakdown. I found I had an ability to establish relationships with people in acute distress, de-escalate tensions and provide support. Overall my time at the mental health unit gave me good experience working with clients who were dealing with a wide range of mental health issues.

From there I went into private practice as a psychotherapist doing a mix of couple counselling, sexual abuse counselling, and general practice work. I continued to work with clients with significant mental health issues.

Alongside my work at this time I began to explore transpersonal psychology and eastern meditation practices. Through participating in psychodrama and groupwork I had experienced some profound and life changing moments. In these moments I had experiences that included a deepening sense of connection with others, increasing insight into the relational nature of my own being, expanding awareness and a greater openness. In seeking to further explore, understand and integrate these experiences I became increasingly interested in the transpersonal psychology literature. This led into a comparative exploration of Western psychotherapeutic and Eastern meditation practices and psychologies. I started to visit the Buddhist Monastery at Stokes Valley, and developed a close friendship with Nyanaviro, the Deputy Abbot there. We were interested in exploring each other’s approaches and we immersed ourselves in many hours of conversation and meditation, often late into the night. I also developed relationships with a number of the other monks at the monastery over this time, some of who also became close friends. The work of transpersonal theorists like Ken Wilber, Stanislav Grof, Mark Epstein, Carl Jung and others provided useful western reference points for this encounter. Nyanaviro and I started to run workshops together. We co-founded a men’s group that attracted a unique mix of men who were ex-monks, mediation practitioners, psychotherapists and counsellors who were also interested in this encounter. This group has run for over 20 years and continues to meet twice a year. There are some photos of the group on my ‘Interests’ page.

Over this time I also contributed to the development of a new national Bachelor of Counselling programme being established at the Central Institute of Technology (CIT) in Wellington. I went on to become a full time lecturer for that programme, teaching mental health, groupwork, existential and practicum papers. I became the Team Leader for the programme in 2001 as CIT merged with Weltec. In this role I led the delivery of the Bachelor of Counselling programme in Auckland, Wellington and Christchurch, in close co-ordination with the Bachelor of Alcohol and Drug programme.

In 2003 I joined Relationship Services as the National Practice Manager. Relationships Services was New Zealand’s largest counselling organization (with 200 staff and seeing up to 30,000 clients nationally a year), and was New Zealand’s premier relationship counselling agency. Relationship Services was known for its expertise in couples work, and later became Relationships Aotearoa shifting to a broader focus to working with families and children. Personal highlights of this time include developing staff training in couple counselling, leading the development of family therapy services, working closely with Maori to support the development of services for Maori, implementing evidence based client outcome evaluation and bringing the evidence based couples therapy approach Emotionally Focused Therapy to New Zealand. 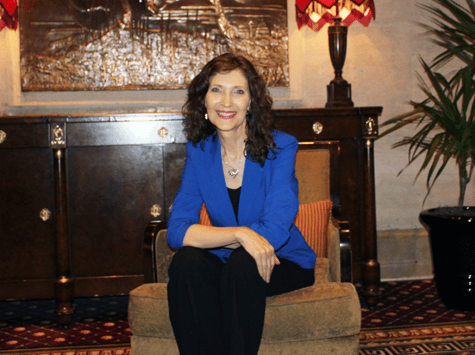 Riding horses gave me an initial appreciation for the power of relationship. In competition horse and rider rely on each other and need to work as a team to confront tough obstacles. Without trust and faith in one another little can be accomplished, and often there are injuries. This is true for our relationships too. We need to stay connected to stay well. Through 20 years of work I have come to see how our early relationships form the basis for our sense of ourselves, our sense of safety in the world, and our patterns of connection with others. Relationships are fundamental to our core identity and wellbeing. 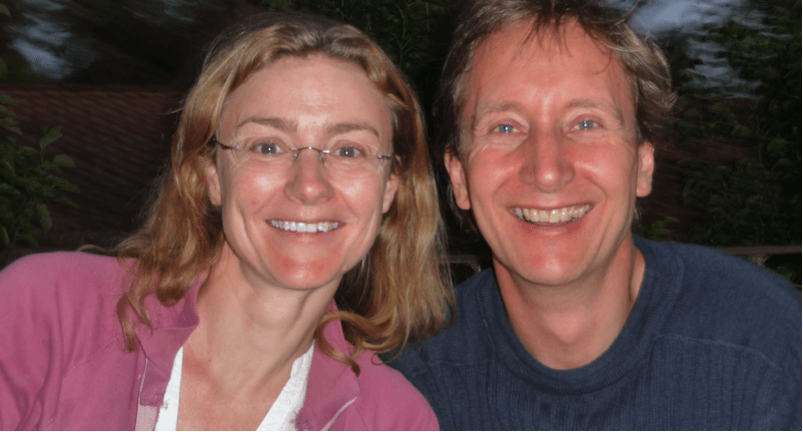 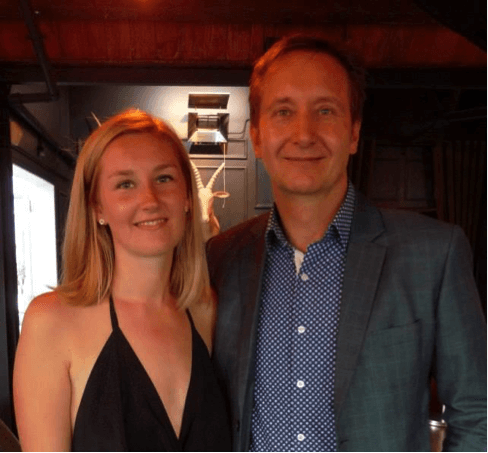 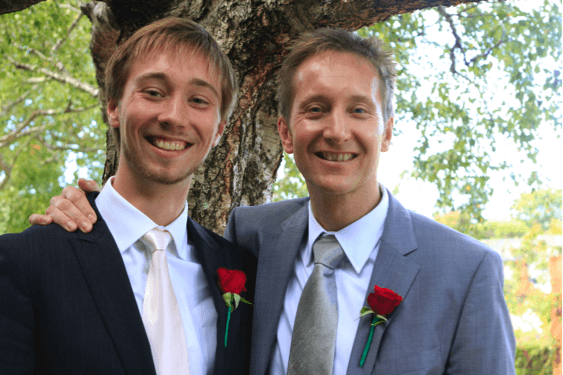 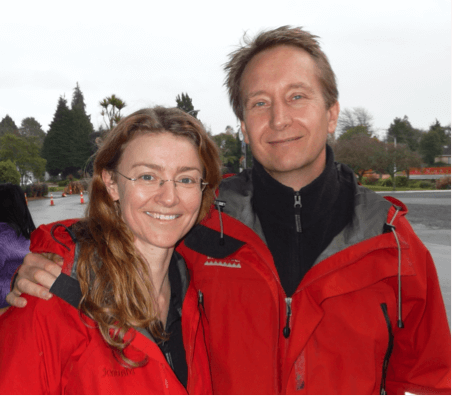 I am a father of two wonderful and now grown up ‘children’ Josh (23) and Chandima (21) from my first relationship, and I am now married to my generous, loving and gorgeous partner Sarah who was born in Melbourne Australia and is a Psychologist.

I have been in a men’s group for over 20 years. Here are three photos one on a building project (my son Josh is there too), one being hippies on Waiheke Island and one with our son’s at Adrenaline Forest (I took the photo). 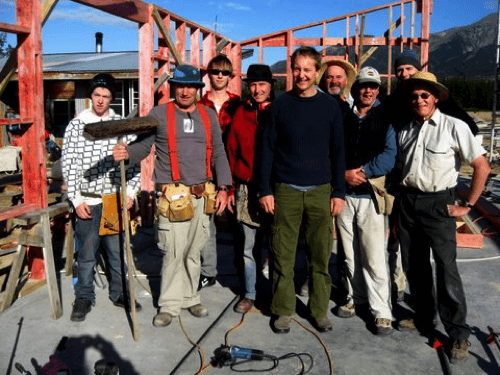 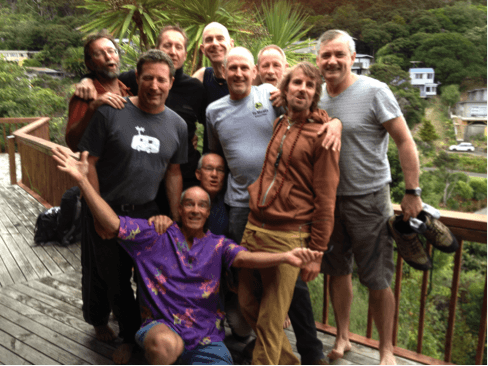 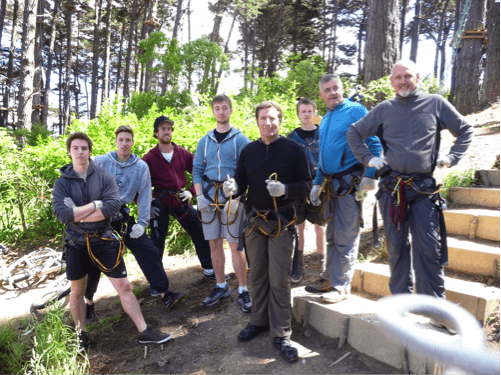 Oh and while I still love horses I’ve moved from my horse to a motorbike for adventures – it doesn’t need a paddock! …Sarah loves biking too! 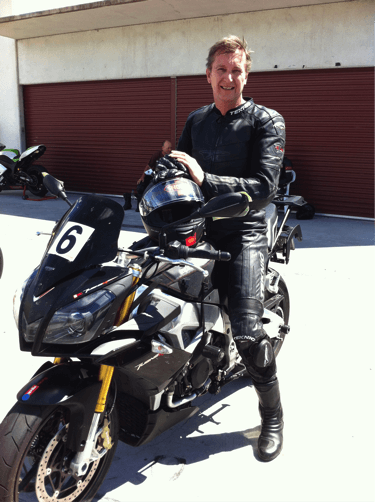 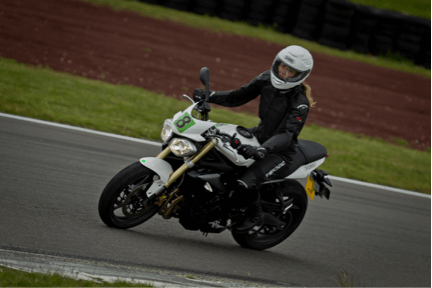 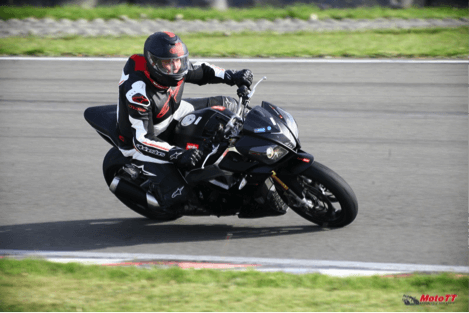 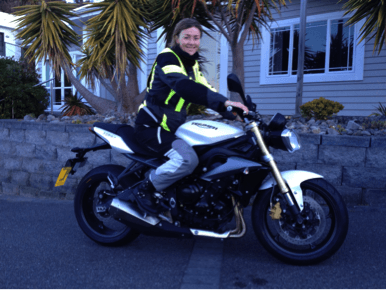 My approach is relational and attachment based (intra-psychically and interpersonally) and I use a variety of modalities to support this.

Over 20 years I have been exposed to a wide range of different therapeutic approaches. I initially started my training in psychodrama, groupwork and transactional analysis, and my psychotherapy qualification included some gestalt and psychodynamic object-relations training. Early training experiences in psychodrama and transactional analysis have been formative in my development and supported a relational approach to my work. Key trainers to whom I am deeply grateful include Max Clayton, Bev Hosking and Chris Hosking in psychodrama, sociometry and groupwork, Dr. Gordon Hewitt in Transactional Analysis and Dr. Rebecca Jorgensen in Emotionally Focused Therapy.

I have taught counselling students on the national counselling degree programme at CIT/Weltec in psychology, existential therapy, group work, client centred practice, counselling theories, mental health, and practicum papers. I have trained counsellors in couples counselling, relationship counselling and family therapy at Relationships Services/ Relationships Aotearoa. Although I am not a narrative therapist I am aware of and have included insights from post-modern theory and practice.

I have had an intensive period exploring Buddhist meditative practices (see my background page) and this underpins my understanding of mindfulness practices.

More recently I have co-facilitated training in family therapy (Metaframeworks model) with Les Simmonds at Relationships Aotearoa, led the delivery by Dr. Rebecca Jorgensen of Emotionally Focused Couples Therapy in New Zealand, and am reconnecting with my psychodrama and transactional analysis roots as I move back into full time private practice.

Although my initial professional training was in psychotherapy I call myself a counsellor because I have worked for counselling organizations for 16 years, and so have maintained professional a membership with the New Zealand Association of Counsellors.

Member of the NZ Association of Counsellors (MNZAC) 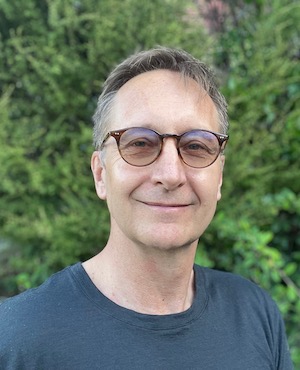